Pictures from the Desaru wreck-site, in 2000 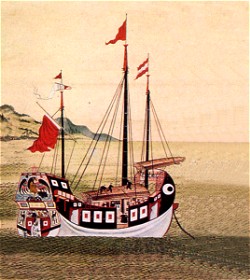 The Desaru wreck, at this time estimated to have foundered in c.1820, was so named by Sten Sjöstrand after a nearby beach, since the real name of this vessel is still unknown. It was discovered close to shore at a depth of 20 meters of water. The full excavation in under way but some preliminary results are already available. Through an agreement with the Malaysian government, some of the recovered cargo can already also be offered for sale. All genuine items from this cargo are labeled with their registered find's number.

The ship was build of pine and appears to have been 30 meters in length and a minimum 7 meters wide. A number of transverse cedar tree bulkheads have been noted. Since neither of these temperate-climate timbers grows in Southeast Asia this and the presence of transverse bulkheads suggest that the Desaru was a Chinese ship.

The entire ceramic cargo on board are Chinese, and all of the high-fired ceramics are decorated in blue-and-white.

The Desaru must have sunk within a few years from the Diana (1817, near Malacca), and some of their blue-and-white ceramics are identical. The Diana cargo was however made mainly to order for the European community in India whence she came.

The Desaru ceramics on the other hand appears to have been made for the Southeast Asian markets, where traditional forms and decoration were appreciated.

The cargo includes brown Yixing stoneware teapots of the type favored by tea connoisseurs. Whole tea sets, including covered bowls, cups and serving trays, were probably intended for the Chinese community at Malacca.

Longevity plates, and lotus-decorated bowls from Jingdezhen are examples of the Desaru's Southeast Asian style pottery. 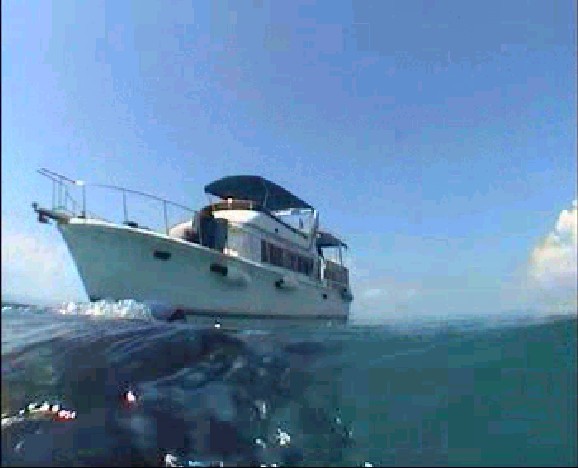 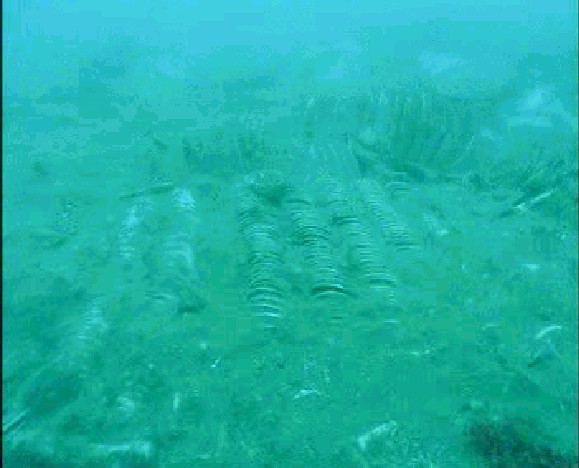 Counted in numbers the ceramic spoons made up the most important part of the cargo and several thousands have been recovered. All of them with their handle with a highly unusual finial that clearly distinguish them from earlier and later finds but shows a striking similarity to some found onboard the Tek Sing (1821). 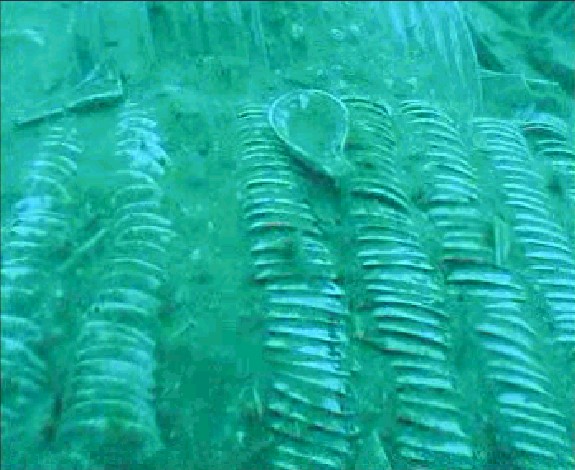 The cargo also contains bowls, but far fewer - although excavation is still under way, the eventual number of bowls may be one-twentieth the number of spoons.

The blue and white bowls are all of the high quality Jingdezhen type. They have everted rims and are decorated with a stylized lingzhi fungus at the interior bottom center and a fungus scroll at the top inside rim. On the exterior they are decorated with a lotus scroll above a band of lotus petals, making them a perfect match to the spoons. 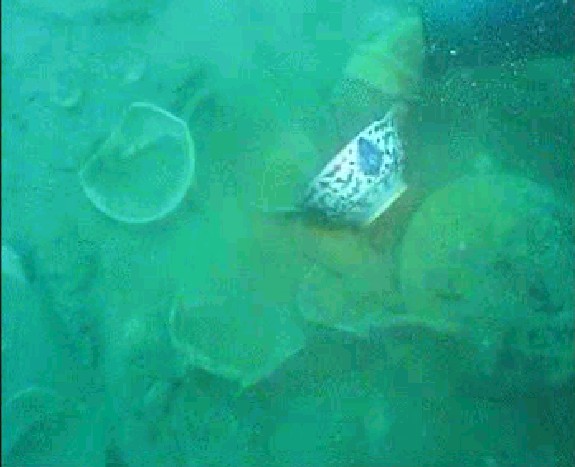 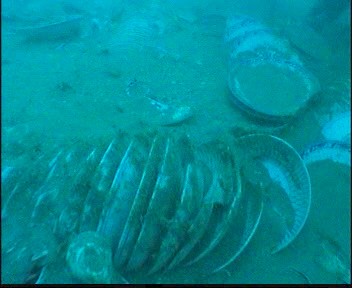 The stick-like symbols arrayed in four rings around the cavetto of some of the plates are stylized Sanskrit characters for the sacred syllable om. In some of the more rare dishes the sacred character om itself makes up the entire decoration in the medallion, surrounded by tiers of the stylized version.

Another type of plates has the seal-script version of the character shou, 'long life', encircled by ju-i lappets, and again surrounded by stylized om characters. This longevity plate is also very similar to examples from the Diana. 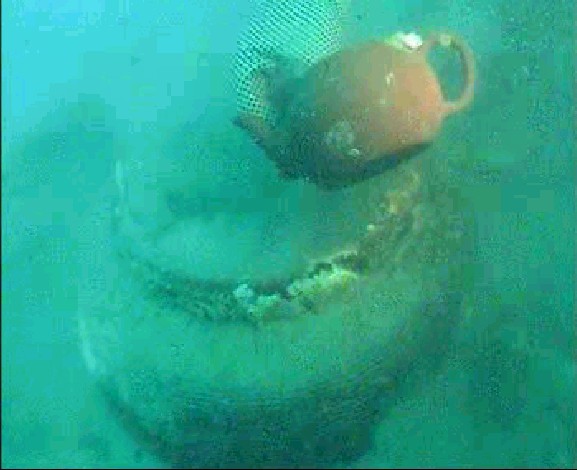 Many storage jars were recovered. Some would have been required for fresh water; others were found packed with Yixing teapots and small ceramic items. The Yixing teapots are of traditional design but are found with a variety of marks on the base. (All marks found so far, are listed in the marks section of this site, under Yixing) Some relate to the 17th century potter Hui Mengchen, and are clearly spurious. One has been identified as the mark of Shao Youlan, active in the 19th century. Beside the general style of the porcelain, this is so far the basis for the current tentative dating of the wreck to c. 1830.

In september 2001 I happened to be in Singapore when I got a phone call from my landsmate Sten Sjöstrand. He had just found the Desaru and wanted my opinion on the date. "Just hop into a taxi and come visit the base camp of my marine archaeological expedition in Malaysia, in Mersing..." he said. We'll I did and I am back. After a much needed shower and some rest I put together the following report.
Just Click here to read my report from my visit to the base camp of Sten Sjöstrands marine archaeological excavation of the Desaru, off Tioman Island, Malaysia.
Jan-Erik Nilsson